How do you tell if you have a crush? The first clue is that the girl you’re talking to has a crush on you. You can gauge this by listening to your conversations and asking her about your crush. You’ll notice that she has more thoughts about you than normal, and she’ll be more likely to talk about you to her friends than usual. This is your first clue that you have a crush. It doesn’t mean that you’re going to become her girlfriend, but you can get a sense of whether she’s interested in you by simply listening to her conversations. 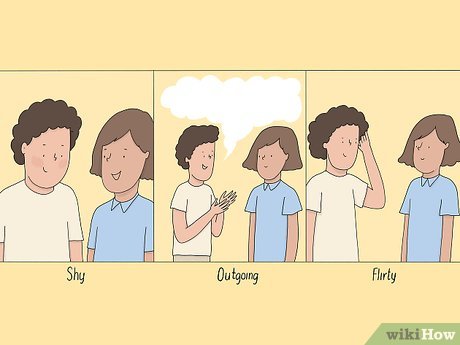 Once you’ve established that you’re attracted to someone, the next step is to find out whether that person actually has a crush on you. You may be thinking about getting together for coffee or working together on a project, but you’re afraid to talk about it. Trying to approach your crush and introduce yourself to them will only make your confidence waiver, and you may become tongue-tied or shy. To check if you have a crush, consider having a micronutrient test done to determine how much vitamin A, zinc, and other important nutrients are in your body. Many accredited laboratories offer free shipping and a 30% discount for ordering this test online.

Once you’ve determined whether your crush is romantic or physical, you can move on to the next stage of the relationship. While a boy crush can be romantic, a girl crush is non-sexual. The goal is to get close to the person and find a way to impress her. While you’re thinking about your new crush, it’s important to remember that the feeling is non-sexual, so that you don’t end up getting sucked into a long-term relationship.

Once you’ve made up your mind to pursue your crush, the next step is to get out there and meet them. While this is a very personal thing, it doesn’t necessarily have to be. You can start by taking some time to find out if your crush is romantic or not. If it’s a woman, you should make an effort to date her, but you should always know that you’re not going to have a sexual relationship with her.

The word “crush” was first used in the 1870s as a variation of mash, which is a synonym for “head over heels”. It was originally used to describe a flirtatious person who was head over heels in love. However, a man who was on the mash had a crush on a woman, but she was also romantically attracted to a man. By describing her crush with the word “girl crush,” the phrase can be compared to the homophobic term, nohom.